The Los Angeles housing inventory is at or near the lowest on record. Average home sales in Southern California as a whole were down 14% from the average in February. What is causing this? There are fewer lower-priced homes being built with the emphasis being on the upper market. This hurts first-time homebuyers. Investors who … 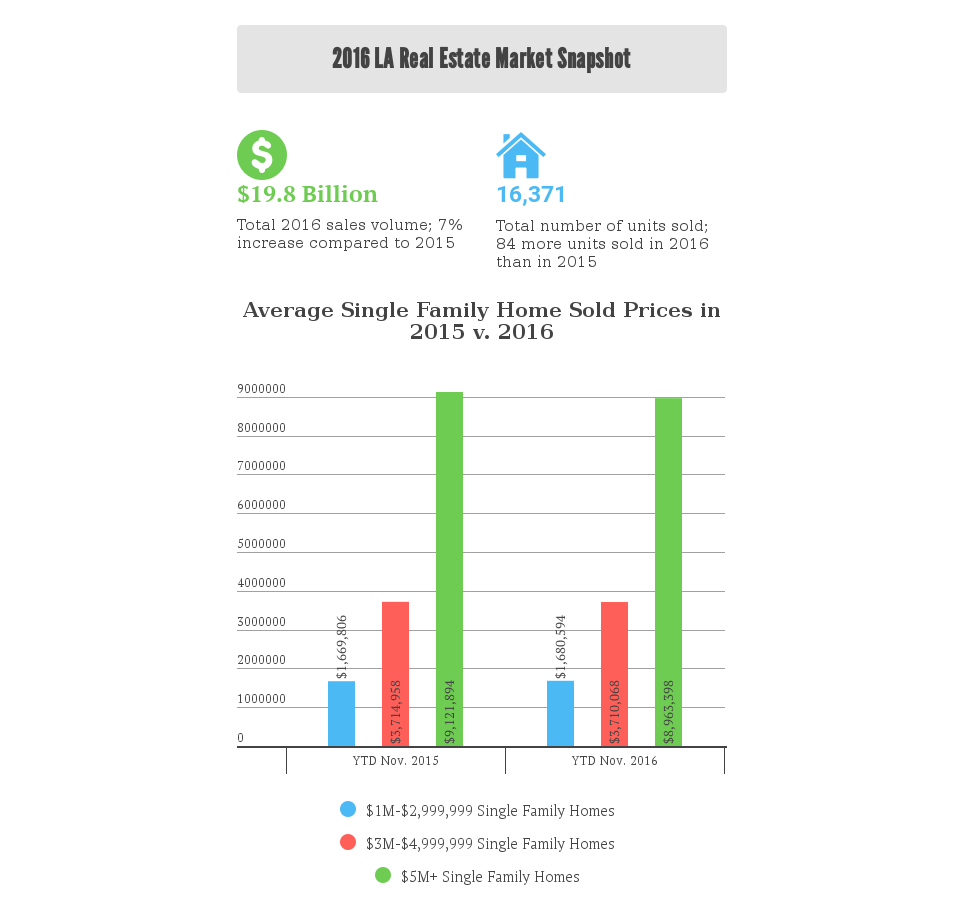 Our Multiple Listing Service (MLS) has recently published statistics for the 2016 Los Angeles real estate market through November and compared it with the previous year’s figures.   Overall the sales volume in 2016 rose 7% over the same period the previous year and the number of units sold dropped slightly. So what going to happen …

I have experienced Los Angeles from two different viewpoints and I can tell you that living in L.A. is a totally difference experience from visiting it. As you drive around L.A. you see the buses with tourists being shown all the “sights”:  Rodeo Drive in Beverly Hills; the Hollywood sign; Griffith Park Observatory; The Magic …

Living in L.A. is a Different Experience From Visiting L.A. Read More »

Beverly Hills is getting yet another hotel. The owners of 9900 Wilshire Blvd., Wanda Group are planning to add a hotel to the $1 billion condo complex called One Beverly Hills. The number of originally planned condos will be reduced to accommodate the new hotel which will be next to the Beverly Hilton Hotel and under construction Waldorf Astoria. The number residences will total 193. The change will require the developers to go before the city again for permission, and construction completion is probably four years away. The Chinese company Wanda Group is the owner of AMC Theaters and is building the world’s largest film and television studio in Qingdao, China. They are hoping that this development will be help them get a foot in the door to Hollywood.

Affordable housing is a oxymoron in Los Angeles. The California Supreme Court has taken steps to address the problem by making it easier for cities. California is among the most expensive places to buy a home. An average home price at $440,000 is two and a half times the national average of $180,000.